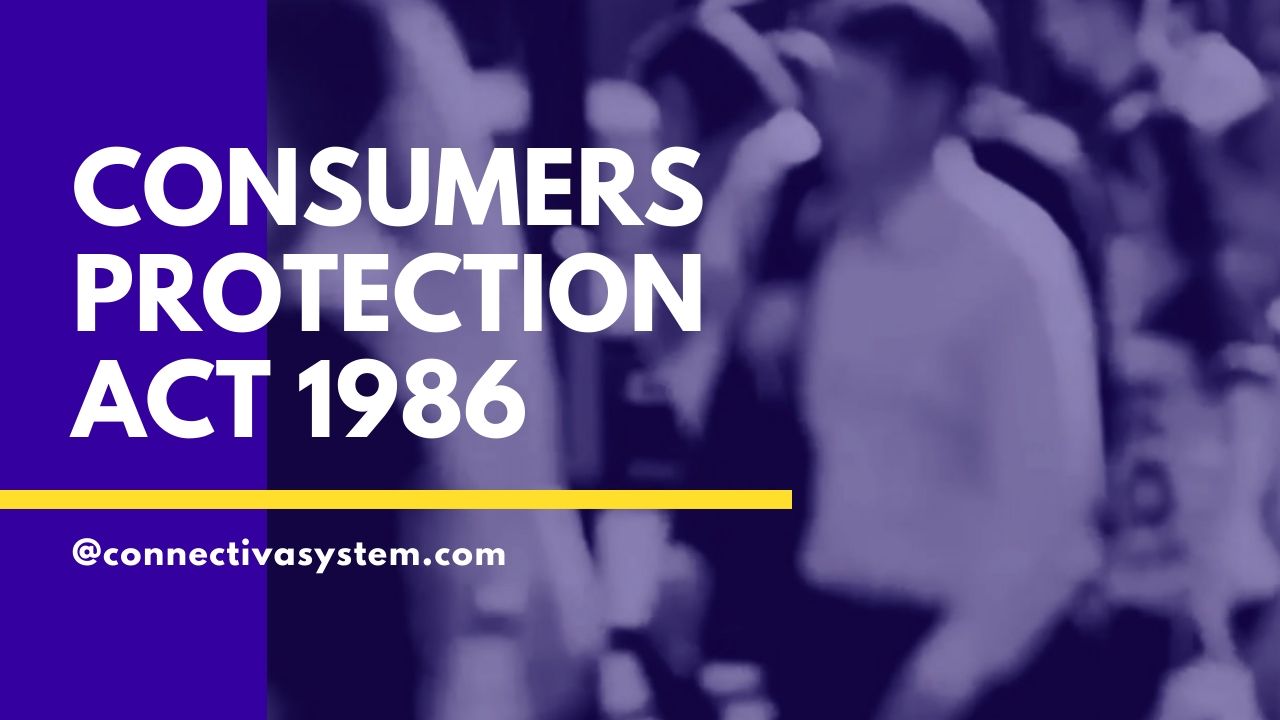 (5) goods which will be hazardous to life and safety when used, are being offered for sale to the public
(a) in contravention of any standards relating to safety of such goods as required to be complied with, by or under any law for the time being in force;
(b) if trader could have known with due diligence that the goods so offered are unsafe to the public;

You have been given important information in this article, you can read it and see about the Consumer Act

EXPLANATION- for the purpose of this clause “commercial purpose” does not include used by a person of good bought and used by him and services availed by him exclusively for the purpose of earning his livelihood by means of self employment
in simple language consumer means such person-
(I) who buys goods for a consideration
(ii) who use such goods as a result
(iii) who hire services or avails for a consideration
but such a person has not been treated ‘consumer’ who obtains or buys goods for the purpose of resale or commercial purpose.
good bought and used by a person and services availed by a person exclusively for the purpose of earning his livelihood by means of self employment do not cover under the preview of definition of commercial purpose.
the definition of ‘consumer’ is too wide. in the case of Vimal Chand Grover v/s Bank of India
a person who avails the facility for ‘overdraft’ from the bank has been considered as consumer by the supreme court.
similarly, in the case of ,regional provident fund commissioner vs Shiv Kumar Joshi ,the member employee of the provident fund scheme has been considered as a consumer by the supreme court. a person buying a machine for his livelihood has been considered as a consumer (kamleshwar Kashyap consumer protection cases 222 state commission Himachal Pradesh)
farmers who are buying seeds on payment of cost are considered as consumers. they can make a complaint to consumer forum if the seeds are defective (Messrs national seed corporation limited v/s M. Madhusudan reddy,
but purchasing a fan for office has been considered as commercial, use therefore, the buyer is not a consumer. Inter {friend service private limited vs USA international national commission}
similiarly the buyer of computer for commercial purpose has not been considered as a consumer {Indian institute of part management vs Zenith computers limited}
a person availing free medical treatment services is also not a consumer {prahari consumer welfare association which North eastern(2000)3CPJ}
(A) purchaser of goods is a consumer under section 2(1)(d)(I)
(B) hirer of services is a consumer under section 2(1)(d)(ii)
(C) purchaser and hiring should not

be for commercial purpose.
Lucknow development authority v/s M.K.Gupta,AIR 1994SC 787.
The supreme court of India give a comprehensive expression of term ‘consumer’ and has held that the legislature enacted his legislation with the aims to protect the economic interest of a consumer is a purchaser of goods and a user of services for consideration and this purchase or hiring should be for the commercial purpose. there are three condition are to be fulfilled to become consumers
(I) service should have been provided to the person, (ii) services should have been hired by that person, (iii) consideration should have been made for hiring search services in the manner prescribed under section 2(1)(d)(ii)

One thought on “CONSUMERS PROTECTION ACT 1986”